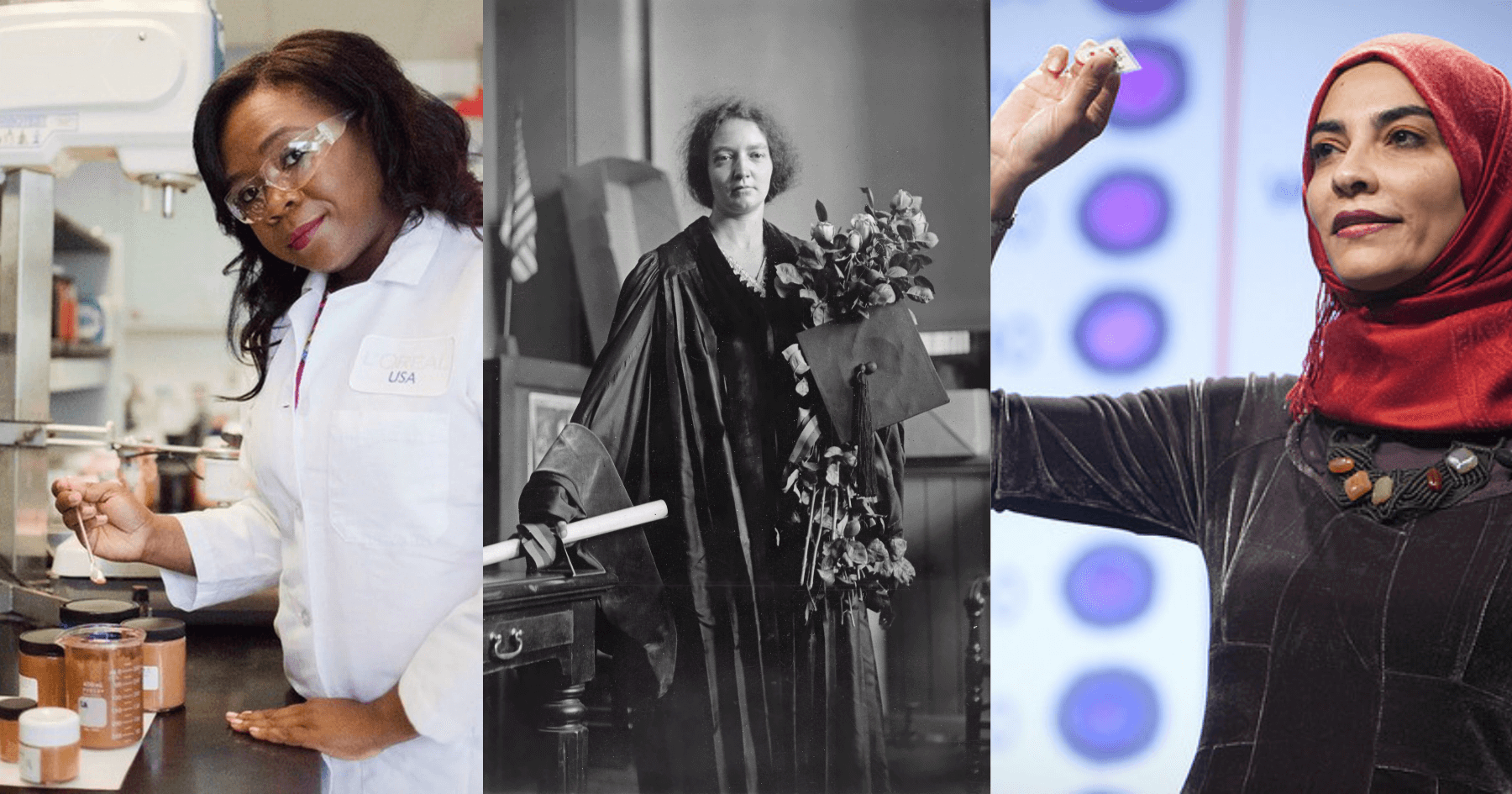 Here at BioLabTests, we are celebrating two occasions close to our heart: International Women’s Day and British Science Week. As a way of celebrating, we have asked our microbiologists to share their favourite female scientists with us to honour their achievements and contribution to the world we live in. 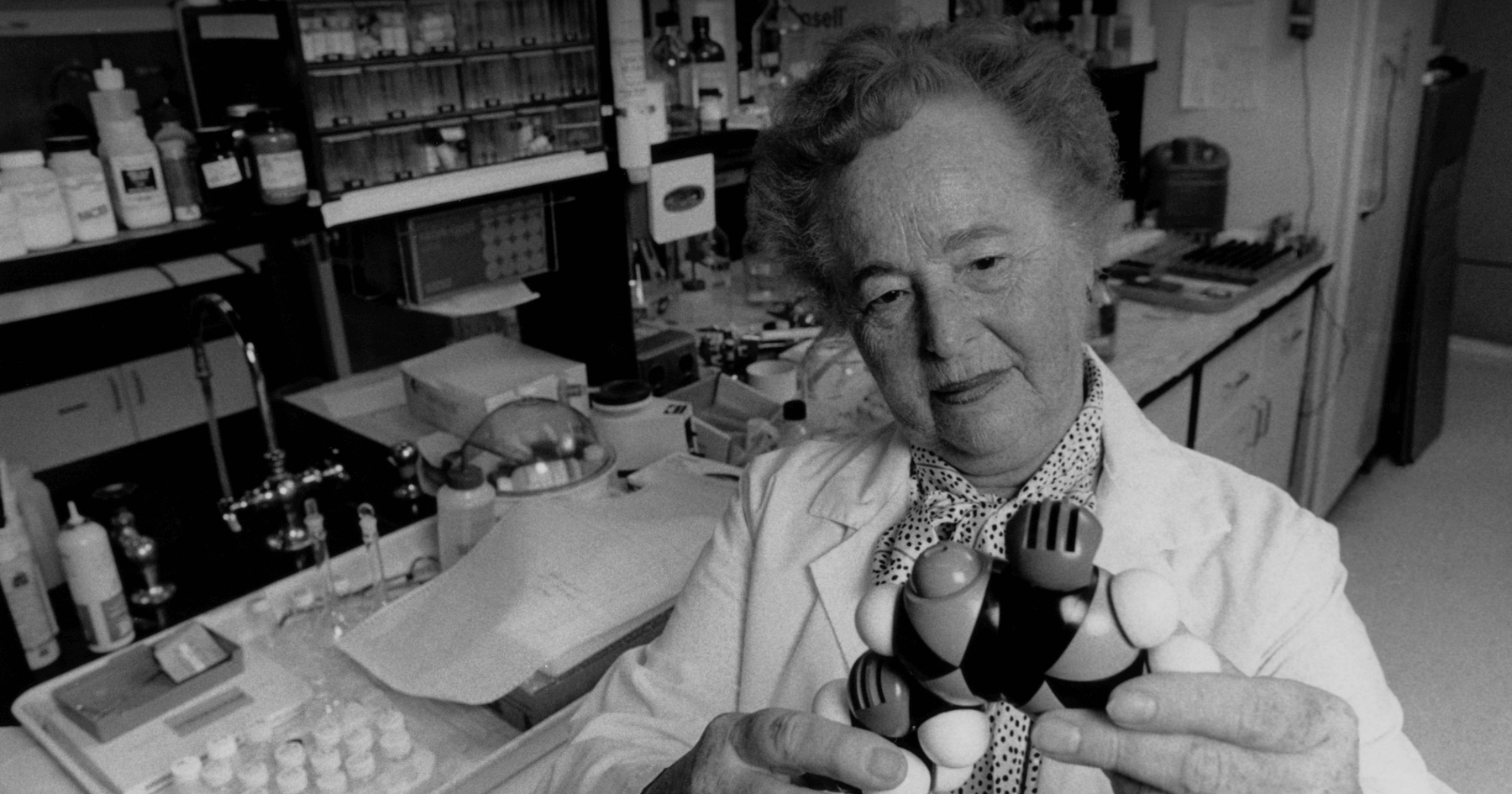 Gertrude Elion was an American biochemist and pharmacologist. When Elion was 15 she decided to commit herself to medicine after her grandfather’s death from cancer. Elion went on to complete an undergraduate degree at Hunters College and a Master’s degree at New York University in Chemistry, however never completed a formal PhD due to working full-time.

Elion started working with George H. Hitchings at Burroughs Wellcome (now GSK) during her postgraduate studies to gain unpaid experience. Eventually Elion reached a point where she was no longer able to continue her studies part-time so she stayed at Burroughs Wellcome. Years later, Elion was awarded three Honorary PhD’s from George Washington University, Brown University and the University of Michigan.

Elion invented the first treatment for leukaemia, as well as the first immuno-suppressive drug for organ transplants. Even in retirement, Elion continued to supervise the lab and oversaw the development of AZT, the first drug for treating AIDS. In 1988 Elion, Hitchings and Sir James Black shared the Nobel Prize for medicine for their hard work in creating new principles for drug treatment. 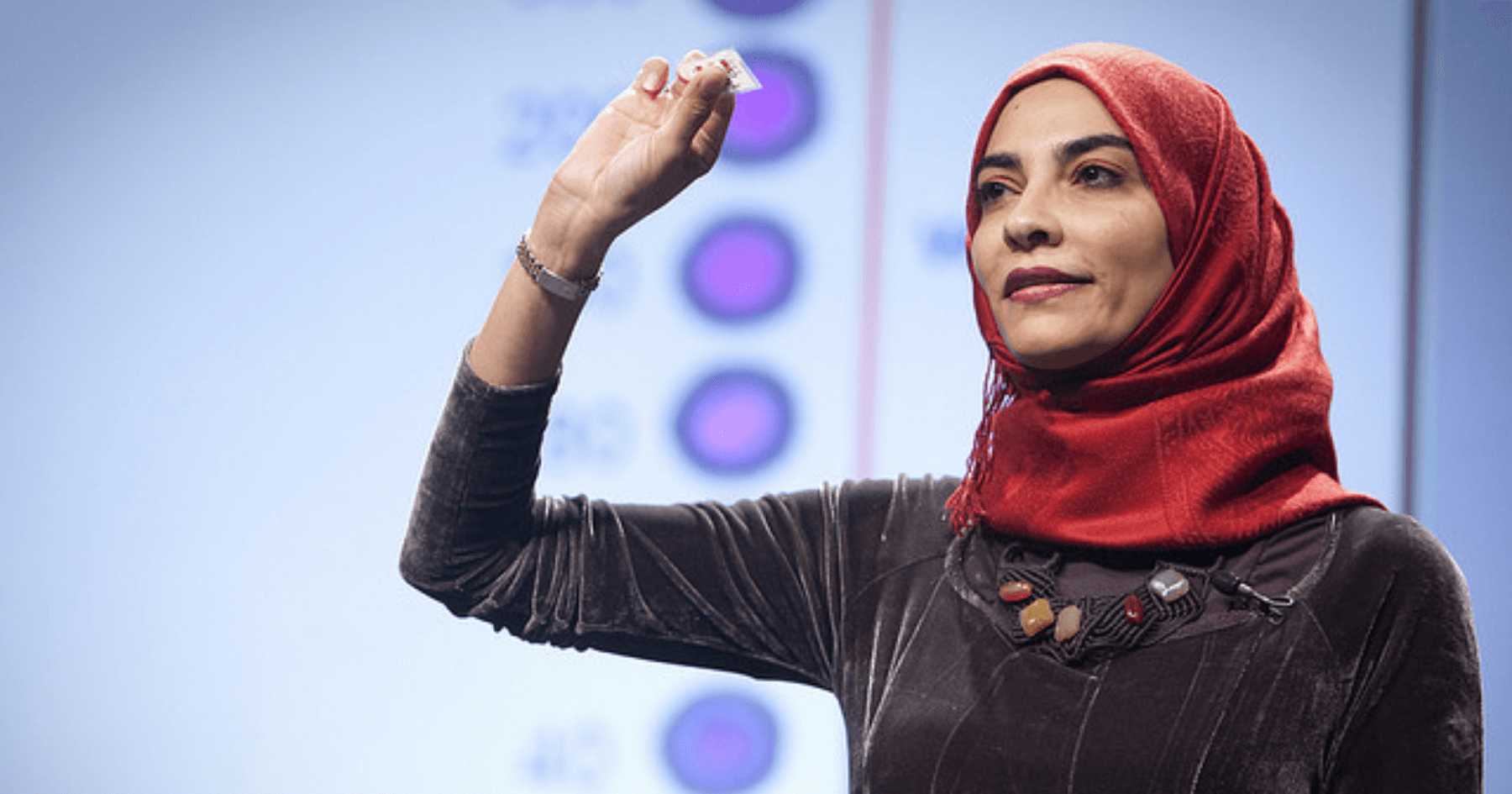 Hayat Sindi is a biotechnologist who is active in helping to raise awareness of science to women. Throughout her life she has accomplished many things including having developed a tool that can be used to diagnose breast cancer early.

Sindi convinced her parents to let her leave her home in Saudi Arabia and move to the UK to pursue higher education. Not only is she self-taught in English, but she has also graduated from Kings College London and has a PhD in Biotechnology from Cambridge University. Impressive indeed!

When pressured to take off her headscarf, she stuck to her religion and carried on doing and achieving what she loved. Despite the pressure, she is a woman of many firsts such as being the first Saudi woman to be accepted at Cambridge University in Biotechnology. Through her work, she has proven that it does not matter where you were born, what beliefs you follow or your gender – you can achieve what you want to achieve if you are passionate.

A prize-winning love for structure and geometry: DOROTHY HODGKIN 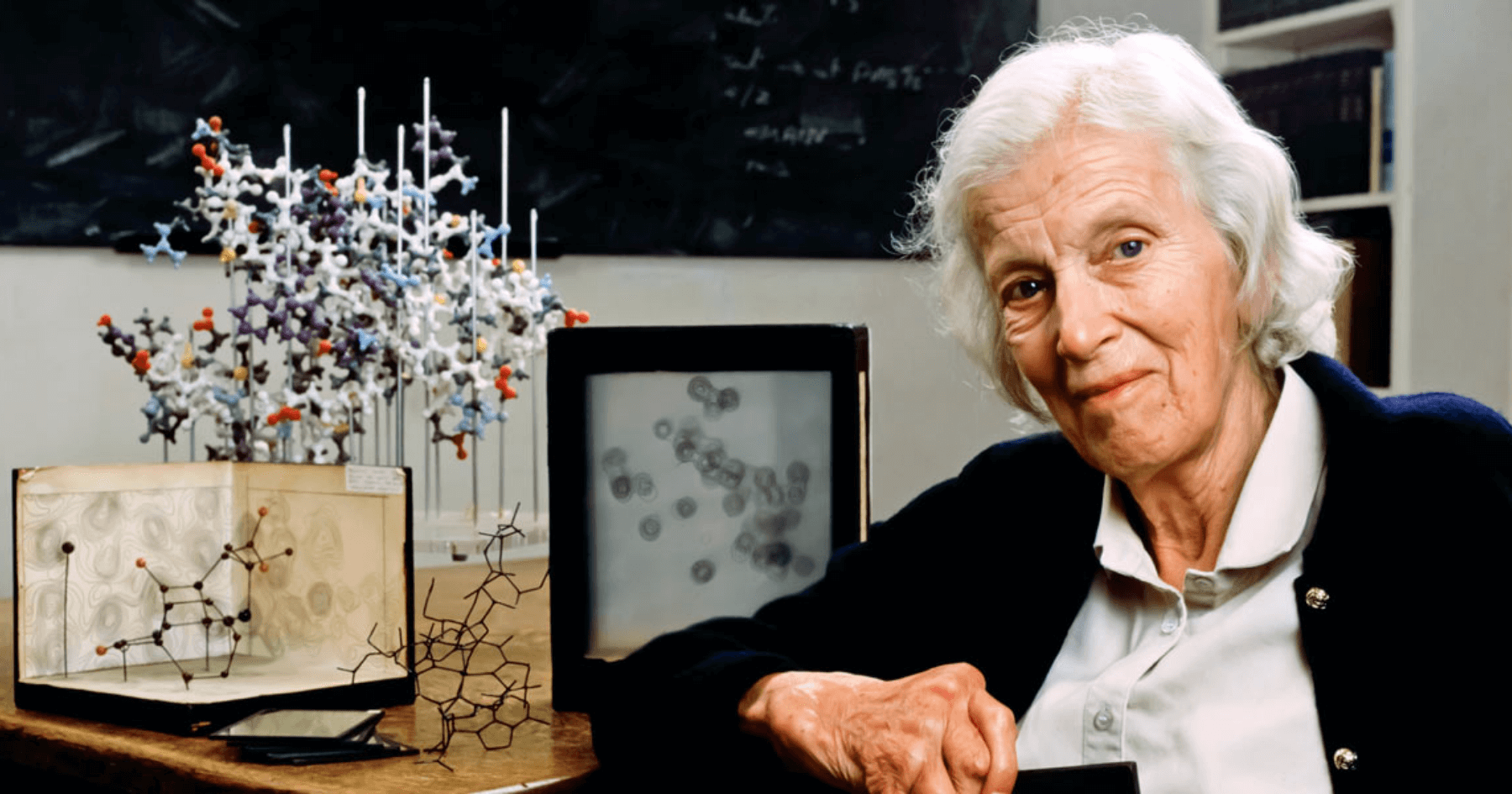 Inspired by her mother Grace Mary Crowfoot, a highly proficient botanist, and further encouraged by a chemist family friend, Dorothy Hodgkin’s interest in all the sciences developed at an early age. Understanding the workings of something that’s complex and challenging, made it all the more interesting for Egypt-born chemist Dorothy Hodgkin.

As the first female British scientist to win a Nobel Prize in Chemistry in 1964, she has been instrumental in advancing X-ray crystallography, or protein crystallography, to determine the three-dimensional structure of biochemical substances. Understanding the structure and geometry is important in understanding a molecule’s properties and roles.

In her lifetime, the mum-of-three determined the structure of penicillin and the structure of vitamin B12, for which she became the third woman to win the Nobel Prize in Chemistry. In 1969, after 35 years of work, Hodgkin was able to decipher the structure of insulin. She cooperated with other laboratories active in insulin research, gave advice, and travelled the world giving talks about insulin and its importance for diabetes.

Helping us to find the perfect match: BALANDA ATIS 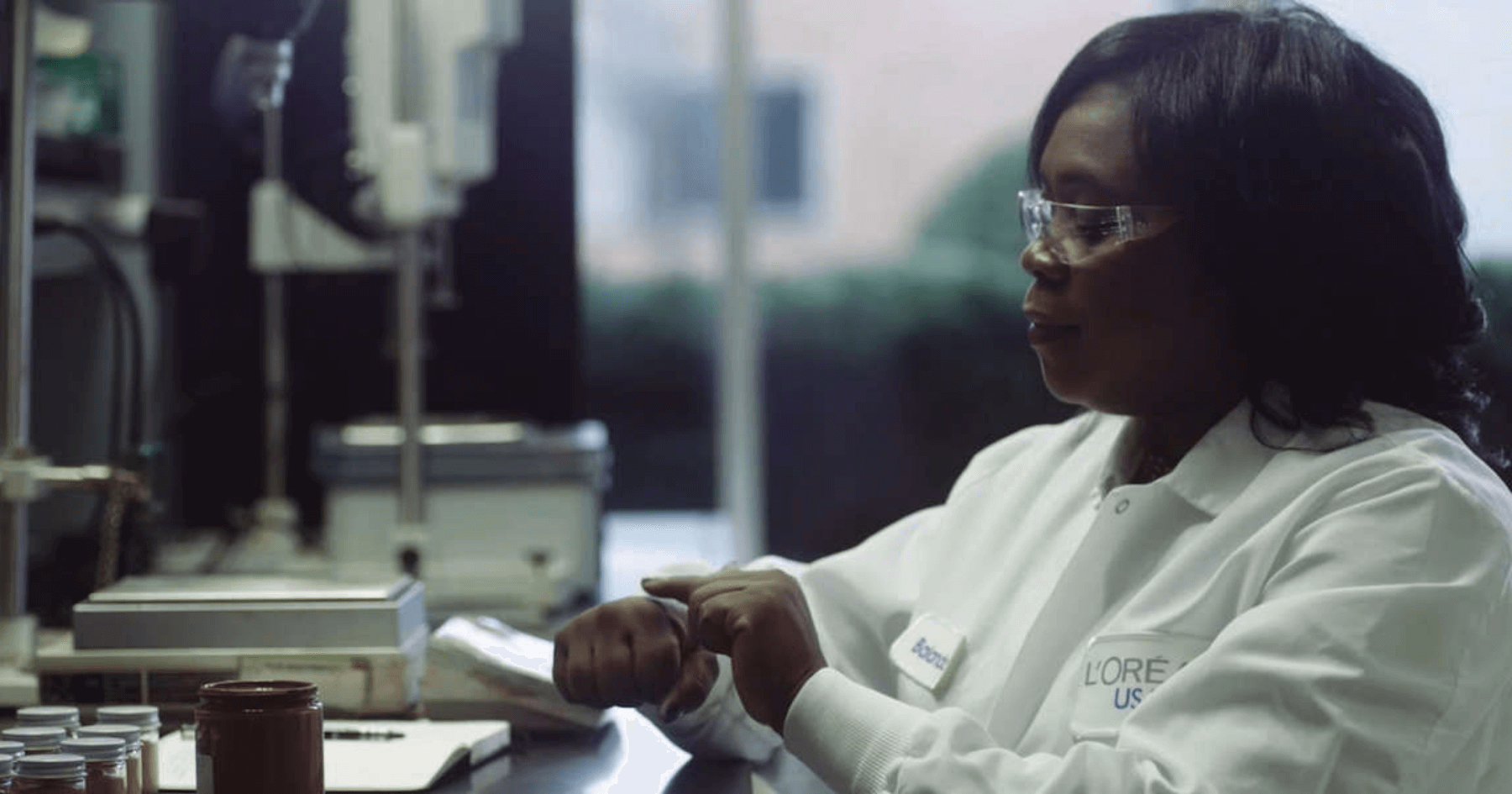 After struggling to find a foundation shade for her skin tone, chemist Balanda Atis, leader of the L’Oréal Multicultural Lab in New Jersey, US, went on a mission to find the perfect colour match. In 2007, Atis and her team travelled cross-country to “measure” people’s skin tones, and they collected more than 20,000 data points. Balanda was able to identify and make a breakthrough in stabilising ultramarine blue pigment to create foundation shades which are suitable for women with deeper skin tones, addressing L’Oréal’s limited makeup options for dark-skinned women.

Atis’ diverse experience in customisable cosmetics as well as her desire to expand upon the limited cosmetics available to women of colour, has resulted in dark-skinned women being able to find foundation which is not too red or ashy but matches their skin tone perfectly across the L’Oréal brands, including Lancôme, L’Oréal Paris and Maybelline.

What started as a love of science for single mom Balanda Atis, has become a fulfilling career in cosmetic chemistry during which she has managed to fill a major void in the beauty space. 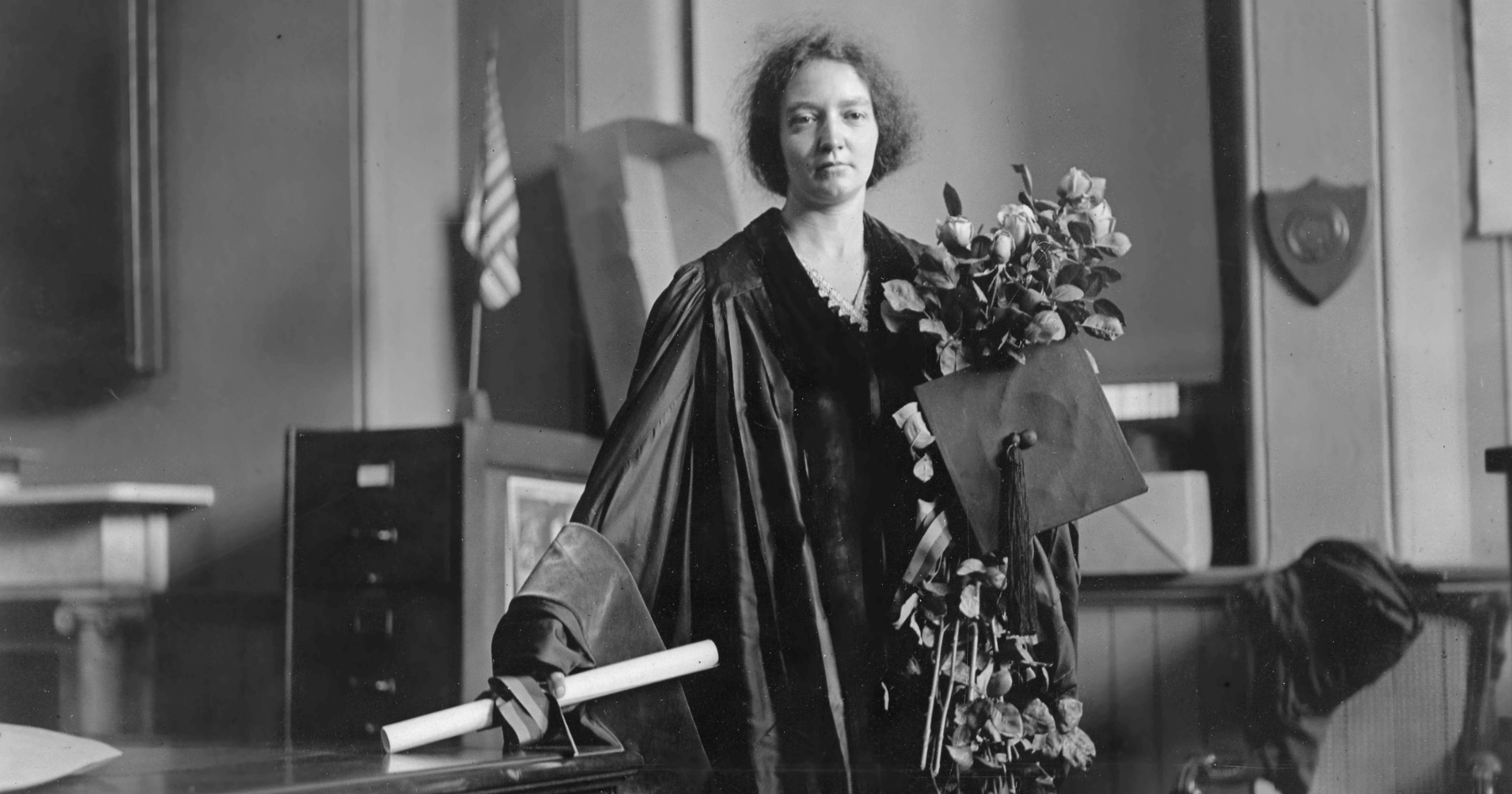 Irène Joliot-Curie was a battlefield radiologist, activist, and politician born in Paris in 1897 to the famous Marie and Pierre Curie. An intelligent woman, Irène followed in her parents’ footsteps and went on to become an esteemed scientist in her own right.

After marrying Frédéric Joliot in 1926, the husband-wife-team began signing their research work jointly. Irène was to focus on the chemical aspects whilst Frédéric focused on the physical. Like her parents before, Irène went on to win the Nobel Prize in Chemistry together with her husband in 1935 for the discovery of artificial radioactivity.

She discovered how to synthesize designer radioactive elements in the laboratory, which has resulted in millions of lives being saved. This discovery, which contributed to Irène winning the Nobel Prize, is now used in tens of millions of medical procedures every year.

Sadly years of working so closely with radioactive materials finally caught up with Joliot-Curie and she was diagnosed with leukaemia, after being accidentally exposed to polonium when a sealed capsule of the element exploded on her laboratory bench in 1946. Treatment with antibiotics and a series of operations relieved her suffering temporarily, but her condition continued to deteriorate. Despite this, Joliot-Curie continued to work with great focus and determination and in 1955 drew up plans for new physics laboratories at the University d’Orsay, south of Paris.

Carrying on the family tradition into the future, Joliot-Curie’s daughter, Hélène Langevin-Joliot, became a nuclear physicist and professor at the University of Paris, and her son, Pierre Joliot, a biochemist at Centre National de la Recherche Scientifique.