Another successful day in the office…errm lab

Here at BioLabTests we love microbiology, so much so that we do it everyday for our jobs. However, not everyone knows what microbiology entails . To mark British Science Week, we thought we would give you an insight into the key aspect of our day to day testing work here at BioLabTests.

The Merriam Webster dictionary describes it as “a branch of biology dealing with microscopic forms of life”.

This means, that the field of microbiology BioLabTests operates in works with living organisms* that are too small to see with the naked eye. We have to employ either optical or electron microscopes to see them, depending on the size of the microorganism.

Here at BioLabTests, we work primarily with bacteria, yeasts and fungi. We either test with them or we try to see if they are present in a sample.

*Bit of a debate there regarding viruses but we’ll keep it simple for now.

We generally categorise them into Gram positive and Gram negative depending on how they react to the Gram staining method. The stain colour is used to determine the negative or positive classification (if possible). However, not all bacteria can be categorised by this system, and Mycoplasma is one of those examples. The shape of the bacteria is the other feature we look for when categorising them. Bacteria can be spheres, rods, comma-shaped, spirals, or corkscrews. Furthermore, they can also be categorised by how they behave – do they clump, go in pairs, go into chains or stand alone?

Bacteria can be classed as ‘good’ or ‘bad’, but in reality they just exist and have adapted for different environments and scenarios. They are only ‘good’ or ‘bad’ based on the interpretation of humans and what we want them to do. Bacteria do some pretty wonderful things, like help your digestion, be involved in food production and generate vitamins. As a society, however, we are also very aware of the bad things they can do, like cause illness and spoilage. Some bacteria do not really affect us at all but occur in the environment in processes that neither directly help nor hinder us.

One thing that is for sure is that they are interesting things and an important part to life on Earth. 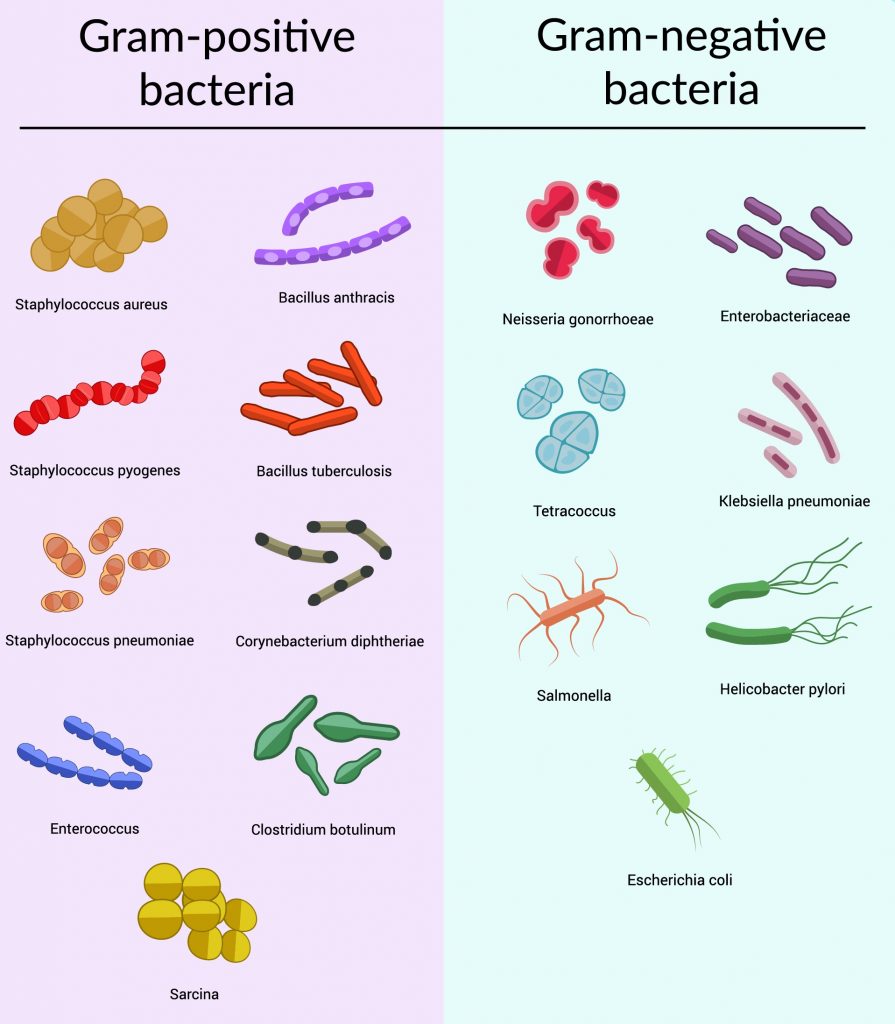 Testing for fungi and yeasts

Less frequently, but still with regularity, we test fungi here at BioLabTests. Fungi can be single-celled or complex multi-cellular organisms. They are categorised based on life cycle, fruiting bodies, and their spore formation. Yeasts fall under fungi and are single-celled organisms.

Fungi and yeasts can, like bacteria, have a range of functions, which we as humans categorise into ‘good’ or ‘bad’. Some of the good features are their use in food production, such as in bread and beer. ‘Bad’ aspects could be considered the black mould that grows in your bathroom, the fluff that grows on out-of-date food or infections in immunocompromised patients. Fungi can do a whole host of things but is less considered as a topic by the general public than bacteria.

How we test at BioLabTests

What we do varies from test to test. No matter which test we do, there will be a point at which we try and grow microorganisms. This is generally done by using agar, which is a nutrient rich solid medium to grow microorganisms on, such as bacteria and fungi. The agar used will be specific to the testing method and the organism. For example, we would not typically use the same agar for bacteria and fungi, as they can differ in their requirements for certain nutrients and/or pH levels. However, we also may use a specific agar to filter for a bacteria we are checking for the presence of, or a generic agar to screen for all aerobic bacteria, method dependant.

The purpose of growing a microorganism on agar is normally to either count how much many microorganisms are in a sample, prepare the microorganism to go into a testing method or check for the presence of the microorganism. Fungi can be difficult to quantify on agar, as some varieties spreads rather than form single colonies. During some tests this can be remedied by checking for a proportion of coverage rather than a percentage reduction. If single colonies can be isolated, then it is easier to make calculations, like the amount of bacterial contamination or the reduction of a product over a set period of time.

One of the challenges of microbiology testing is to ensure that you have good aseptic technique. This involves simple things such as tying up loose hair, having clean hands or gloves, not leaving samples open to the air, not working near a Bunsen burner, and a range of other good practices. If good testing practice is not observed, you might risk contaminating samples and negatively affecting results. It is something that many microbiologists are used to and do seamlessly every day, but is a vital pillar of a good test.

With wintertime firmly in sight, we are taking a look at the cause of the so called “winter vomiting bug”: [...]

The genus Listeria is comprised of 17 species of Gram-positive, rod-shaped bacteria. It was named after British surgeon Joseph Lister [...]

Please note, BioLabTests are UNABLE TO TEST ANY VIRUSES including SARS-CoV-2 (COVID-19)