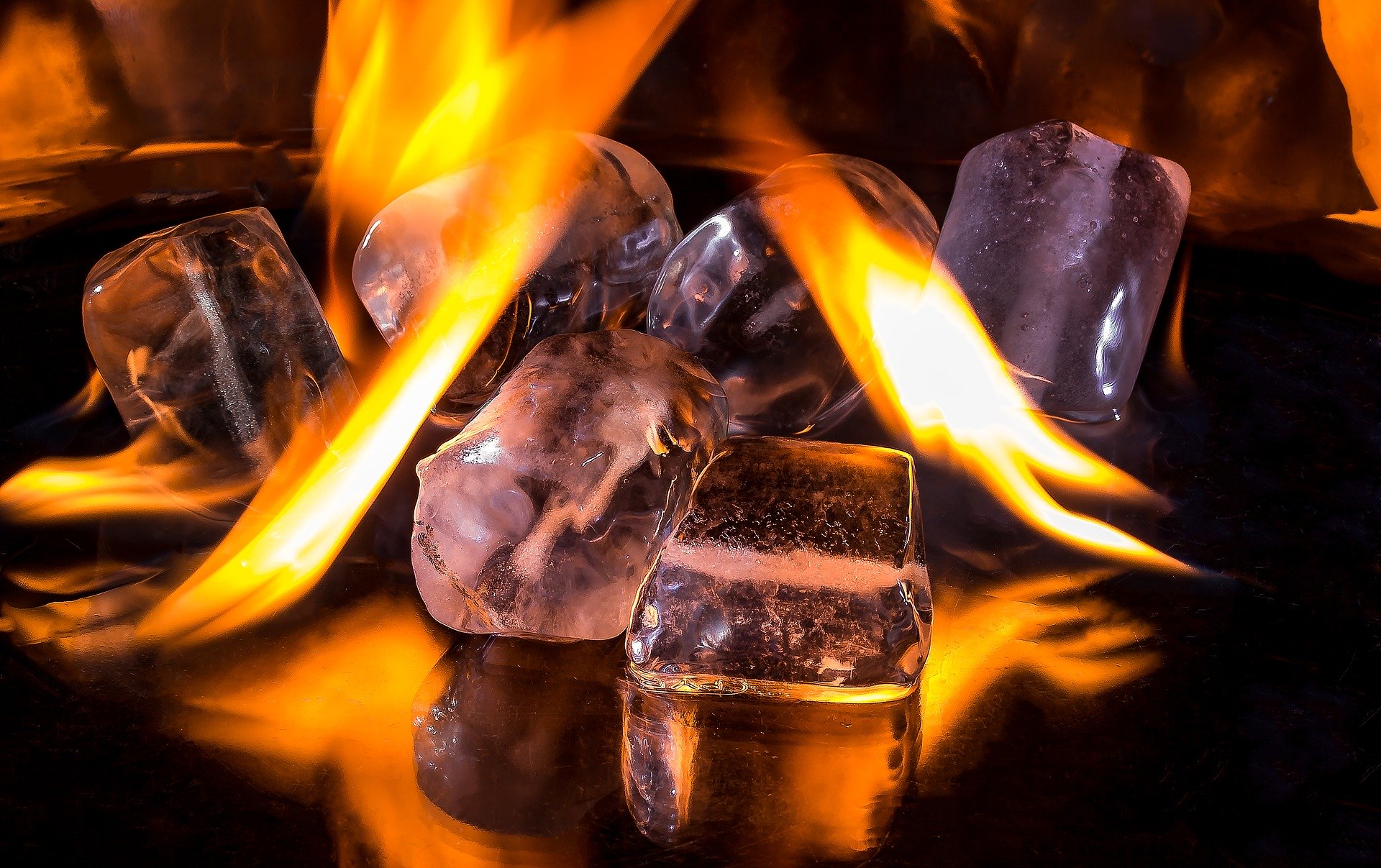 With changing climates and extreme weather conditions, such as Storm Ciara and the Australian wildfires, it is good to know about how micro organisms in these environments can adapt and how they impact our lives. Certain microorganisms have adapted with the ability to thrive in extreme conditions. These microorganisms are called extremophiles, and our BioLabTests microbiologists are exploring their special characteristics and their uses in certain industries.

The definition of ‘phile’ is to love or to be attracted to something. The word extremophile therefore describes a microorganism that loves extreme conditions. Depending on their genetic structure, extremophiles can thrive in different environments. Today we look at four types of extremophiles: thermophiles, psychrophiles, halophiles and acidophiles.

Usually temperatures this high would kill bacteria by diminishing the enzyme activity and the denaturation of their proteins. However, these microorganisms are capable of functioning at such high temperatures because they have certain enzymes, such as heat-stable DNA-polymerases. Enzymes from thermophilic microorganisms have been used in the production of biodiesel, a very important function to multiple industries.

Psychrophiles are a type of microorganism that survive in extremely cold temperatures of 15°C or lower. Examples of psychrophiles, such as Chryseobacterium greenlandensis can be found in glaciers, deep ocean waters and polar ice.

Temperatures this low would usually kill bacteria by decreasing their enzyme activity and potentially stopping the enzyme activity. The bacteria risk becoming frozen which could denature the proteins and cause the water to expand. This would rupture the bacterial cells by creating ice crystals. However, psychrophiles have adapted to their low temperature environments by having an antifreeze protein that protects their DNA. This protein prevents ice from forming and destroying them. Whilst being completely different from the spray that we use to defrost our car windows in the morning, the antifreeze protein serves the same purpose in psychrophiles. To stop the fatal hardening of their lipid cell membrane that would usually happen to common bacteria at temperatures this low, psychrophilic bacteria have adapted to have lipid membrane structures made out of a high content of short, unsaturated fatty acids. This results in a lower melting point, which increases the fluidity of the membranes.

Enzymes from psychrophilic microorganisms, such as proteases, are often used in detergents for their ability to induce bioremediation in cold environments, cleaning toxins out of soil and water sources.

Halophiles are microorganisms that thrive in extreme environments of high-salt concentrations. Examples of halophiles include Halobacterium halobium and Hortaea werneckii. They are found are in places that have high levels of salt such as the Dead Sea and the Great Salt Lake. A halophile closer to home is Tetragenococcus halophilus, a bacteria which is found in soy sauce and salted anchovies.

High levels of salt would normally kill common bacteria, as the osmotic effect draws the water out of the bacteria causing dehydration and then death. However, halophiles have adapted to this type of environment by using their energy to remove salt from their cytoplasm in order to reduce solubility. The cells of halophiles contain potassium and chloride ions to provide osmotic balance in high salt concentrations. Some halophiles survive by having acidic proteins that resist the denaturing effects of salts.

Dehydrogenasess are an enzyme from halophilic microorganisms and are used as an organic biocatalyst to speed up chemical reactions without affecting thermodynamic properties. In addition to this, halophilic proteases are used in peptide synthesis, the process of linking multiple amino acids via a peptide bond.

As the name might suggest, acidophiles are organisms that can thrive in environments of high acidity, at a pH of 2.0 or below. Examples of acidophilic bacteria include Helicobacter pylori, Alicyclobacillus and Acetobacter aceti. Acidophiles are found in highly acidic environments such as sulphuric pools, places that have been polluted by acidic mines and even our own stomachs. If other bacteria were exposed to highly acidic conditions they would not survive because at a low pH, the hydrogen bonds in DNA would break and this would kill the bacteria as it becomes denatured. Acidophiles have adapted to highly acidic conditions by having efficient mechanisms to keep their cytoplasm at a neutral pH. Some bacteria have an acidified cytoplasm which makes all their proteins have acid stability.

Enzymes from acidophilic microorganisms are used in animal feed to improve its digestibility. This is a very important use of extremophiles, given the size of the life-stock farming industry.

With all of these industrial uses of extremophiles the market for them is ever-growing, with a predicted global value of US$7,100 million with a compound interest rate of 8% for 5 years in 20181. The biodegradability of these microorganisms, along with their resilience to extreme environments makes them prime options for future solutions to industrial problems.