Love under the microscope 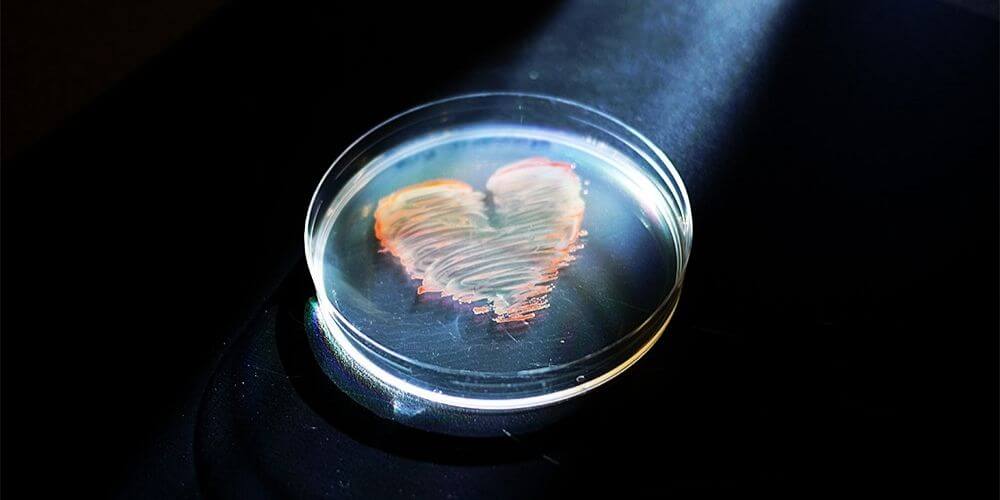 The 14th of February is an annual celebration of romance, love, affection and relationships in many regions around the world. There are also many unexpected partnerships all around us that can be seen through symbiosis; a close relationship between two organisms of different kinds. While not all symbiotic relationships are beneficial for both parties involved, such as parasitism and commensalism, today we would like to take a closer look at 5 interesting cases of mutualism, symbiosis which benefits both parties. Or as we call it: Love under the microscope.

The ultimate ‘shoulder to lean on’: How Azolla water fern and Anabaena azollae support each other

Since we enjoy flowers and plants as gifts for special occasions such as Valentine’s Day, we wanted to take a closer look at the processes and nutrients that help them to flourish. In order for plants to grow, they need a variety of things: water, light and nutrients. One of these nutrients is nitrogen. It is required to make protein and chlorophyll, which supports photosynthesis in plants. Since plants cannot use nitrogen in its natural state, they need to enrol the help of certain bacteria to transform nitrogen into nitrates and ammonia by using their nitrogenase enzymes.

A good example of this process is the symbiosis between the Azolla water fern and cyanobacterium called Anabaena azollae. Their relationship is mutually beneficial, as the bacterium lives inside the cavities of fern leaves while providing the fern with nutritious ammonium. With this much care and support involved, enjoy giving and treasuring beautiful flowers and plants this Valentine’s Day.

One flower in particular has formed a close relationship with a fungi in order to help it grow: the beautiful orchid. Whilst some types of orchids can be more independent in acquiring nutrients, all orchids at some stage in their life-cycle will require the help of mycorrhizal fungi. The so-called Mycorrhizal fungi are associated with plant roots and supply orchids with the carbohydrates (carbon) they need in order to grow. Most orchids, will rely on the nutrients supplied by mycorrhizal fungi for germination.

Some orchids have come to rely on the fungi not only for carbon but also for other nutrients such as nitrogen and phosphorus – a very enriching relationship. However, for Valentine’s Day it’s the beautiful exterior that makes orchids a wonderful gift.

The way to the heart is through the stomach: Bacteria to support gut health

Gut health has been a popular topic in recent years. Our gut is full of various kinds of bacteria, which include the beneficial symbiotic ones that help us in many ways.

As for the “good” bacteria, there are two sources of Vitamin K: Vitamin K1 found in leafy green vegetables and Vitamin K2 found in fermented foods and made by intestinal bacteria such as Escherichia coli (E. coli), which our body relies on for supporting key bodily functions such as blood clotting. Us humans also need help in digesting fibre, as our enzymes are unable to break it down for us. Hemicelluloses are a type of fibre found in plant cell walls which can be broken down by bacteria in our gut called Bacteroides ovatus and this allows us to get more nutrients out of the food we eat.

Humans have a mutual relationship with most of the gut microbiota. There are many benefits the bacteria get from living in the human gut environment. The human gut secretes immunoglobulin A that appears to facilitate the formation of E. coli biofilms, and other extracellular mucosubstances produced to encourage growth of these bacteria, to show that their presence is welcome. It provides nutrients and a safe protected environment for the bacteria to survive and function.

Strawberries are not just a staple for Wimbledon, but they also feature heavily on a Valentine’s Day dinner spread. But did you know that a combination of different fungi and bacteria can have an effect on the growth of strawberries?

Arbuscular mycorrhizal fungi (AMF) can improve strawberry growth and nutrient uptake through its symbiotic relationship with the strawberry plant’s roots. The bacterial genus Pseudomonas is known as a plant growth promoting bacteria (PGPB) and improves plant fitness and production.

A study found that adding these microbes to strawberry plants improved their fruit quality and yield. In particular the bacteria affected the number of fruit, their size and weight. The study also highlighted how these microbes could change the sweetness of strawberries.

This indicates a future way of farming strawberries for commercial use to get the best strawberries but also reduce the amount of chemicals used for more ecological soil sustainability. With its naturally red colour and heart-like shape, strawberries have got to be a fruit of love.

Glowing love: The special relationship of a squid and its bacteria

The bobtail squid (or scientifically known as Euprymna scolopes) is native to Hawaii and has a very special relationship with a bacteria called Vibrio fischeri (V. fischeri). V. fischeri is a glowing bacterium, which the bobtail squid uses in various ways.

Firstly, the squids’ light organs use the bacteria’s light as camouflage, as it adjusts the light output to allow the squid to hide from predators. V. fischeri also helps the squid to improve the speed and efficiency of digestion.

Another important element of their relationship is that V. fischeri affects the squid’s daily circadian rhythm, which is an internal clock responsible for the sleep and wake cycle. The squid’s rhythm responds to both environmental light as well as the bioluminescent light produced by the bacteria. We hope that this Valentine’s Day someone special is making you light up inside.

From us here at BioLabTests we wish you all a wonderful Valentine’s Day!