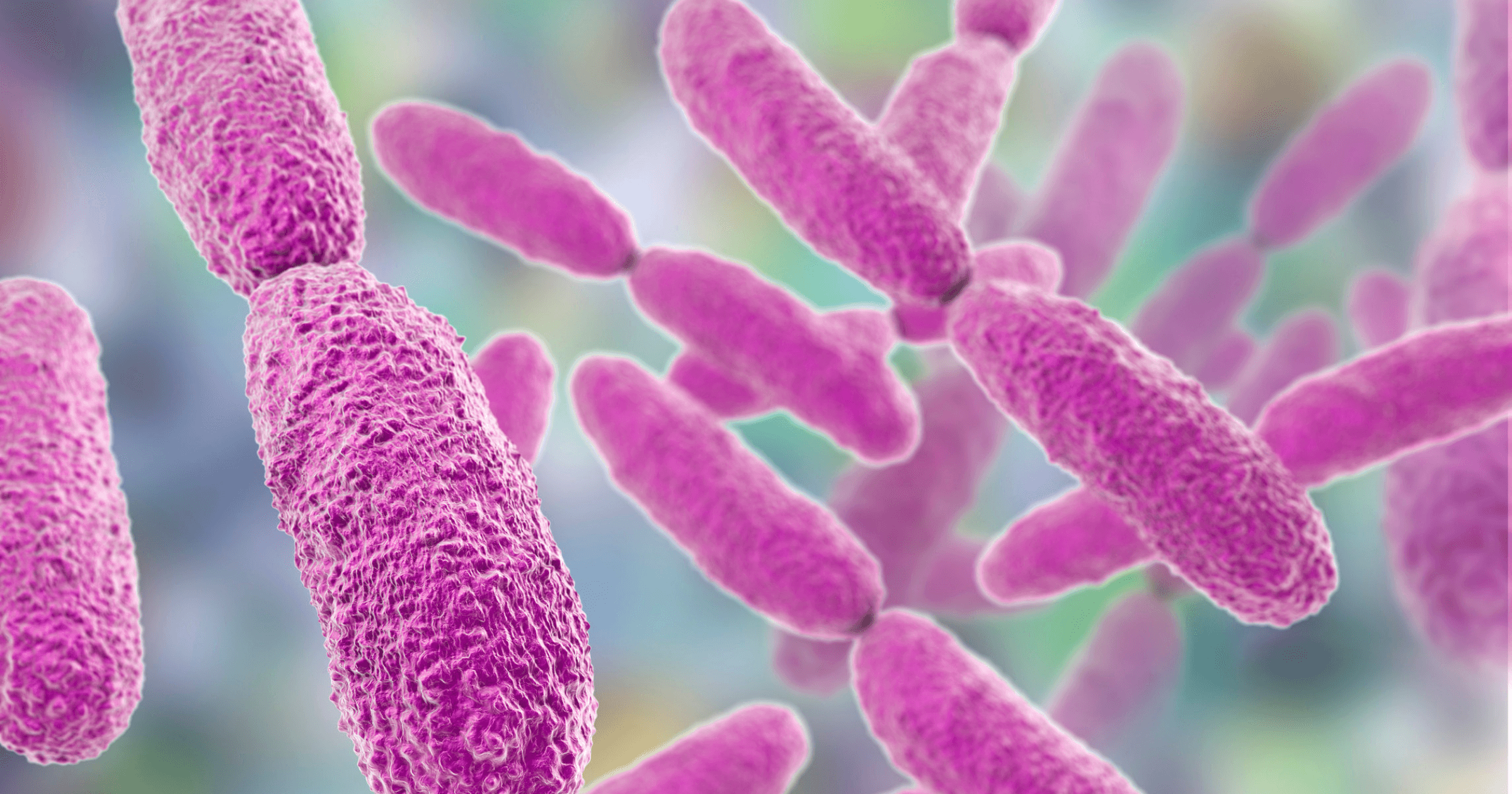 Klebsiella pneumoniae is a Gram negative, non-motile and encapsulated bacterium belonging to the Enterobacteriaceae family. Klebsiella pneumoniae was originally known as Friedlander’s bacillus after German pathologist and microbiologist Carl Friedländer. He first described it as an encapsulated bacillus in 1882 when he isolated the bacterium from the lungs of people who died from pneumonia. It was not until 1886 that it acquired the name Klebsiella in honour of the work of German-Swiss microbiologist Edwin Klebs.

Where can we find Klebsiella pneumoniae

Klebsiella pneumoniae can be found in the environment, i.e. water, soil, humans, animals, insects and plants. However, human beings are the primary reservoir of K. pneumoniae. It is a part of the normal flora of the human gut and mouth, mainly colonizing the human mucosal surfaces of the gastrointestinal tract and oropharynx. In the general population, approximately 5 to 38% of people carry the bacteria in their stool and 1 to 6% in the nasopharynx.

The bacterium is not airborne; it can only be spread via direct person-to-person contact and can contaminate medical objects like catheters and ventilators. Someone who isn’t infected can also be a carrier of the bacteria from one person to the next, for example through contaminated hands of healthcare workers. For this reason, it is important to implement thorough hygiene practices, particularly if you are staying at or visiting a hospital. It is a good idea to wash your hands properly and often when in any area of critical hygiene concern.

K. pneumoniae is described as an opportunistic pathogen associated with a wide spectrum of infections, many of which are hospital acquired infections such as urinary tract infection (UTI), pneumonia, intra-abdominal infection, bloodstream infection (BSI), meningitis and pyogenic liver abscess (PLA) (a pocket of pus formed in the liver due to bacterial infection). People who have underlying health conditions, weakened immune systems or are undergoing medical procedures for different health issues are more at risk of getting K. pneumoniae infections than healthy individuals.

The multi-drug resistant strain Klebsiella pneumonia CRE (which stands for Carbapenem Resistant Enterobacteriaceae) is a relatively new superbug. It produces an enzyme known as carbapenemase that forms resistance towards the class of antibiotics named carbapenems. Due to limited antibiotic treatment, diseases caused by this organism can be severe.