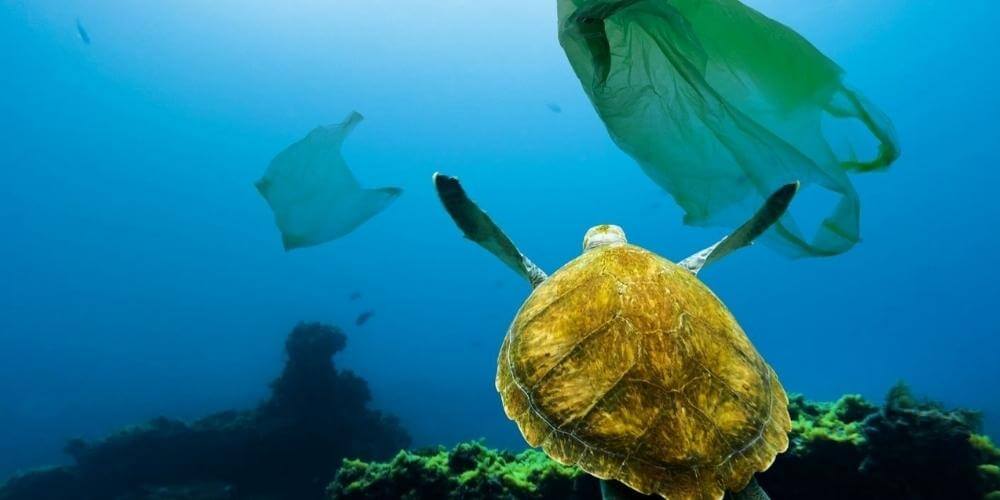 Hundreds of tonnes of plastic are produced every year. Commonly used in our daily lives, these durable and chemically resistant materials can be adapted in a plethora of wonderful ways.

Although recycling has been at an all-time push, polyethylene terephthalate (PET) plastics continue to be extensively used in everyday products. The environmental impact of these products is not sustainable, as the single-use life of plastic leads to plastic pollution. There has been ongoing long-term research into how to break down these polymers. However, a recent breakthrough to help with this issue comes from none other than the microbiology world!

The fate of plastic once it has been used

With today’s environmentally conscious mind, we wonder what happens when plastic reaches the end of its lifetime, or gets worn out and needs replacing? What happens to the unrecyclable, single-use plastic? They go to landfill.

Additionally, the EU estimates that up to 80% of ocean waste is plastic. The resistance to degradation means these versatile materials turn into environmental nightmares as plastic can survive in landfill and in the environment for hundreds of years. They may also contain modifiers such as pigments and fillers, which can be released from the plastic and become problematic for the area of decomposition.

Which bacterium can ‘eat’ plastic?

In 2016, Ideonella sakaiensis was discovered as a game changing microbe that is capable of chemically changing PET into a biodegradable polymer, helping to break down the 82 million metric tonnes of PET produced each year globally. This Gram-negative, rod-shaped aerobic microorganism can extract carbon and energy out of PET. I. sakaiensis produces two enzymes called PET hydrolase and MHETase, responsible for the microbe’s ability to degrade PET.

How does it work?

This is where MHETase comes in, as the enzyme on the cell’s outer wall breaks down the newly formed MHET compound, which then produces two other compounds, ethylene glycol and terephthalic acid. Both of which can be absorbed by I. sakaiensis, as well as other bacteria in the area. Nothing harmful is released into the environment through this mechanism.

Hope for the future

In a world that depends on plastics for consumerism, I. sakaiensis gives us an opportunity to control the waste we are producing. While we may not be able to shake this dependence for a very long time and move away from petroleum-based plastics to something more sustainable, I. sakaiensis may help relieve some of the pressure the waste is causing us.

It is possible that plastic-eating enzymes could become an important part of undoing some of the environmental damage caused by plastic pollution. In the meantime, it’s vital that plastic waste is disposed of responsibly to minimise the current amount in landfills and oceans.