World Oceans Day: The natural wonder of bioluminescence in the ocean 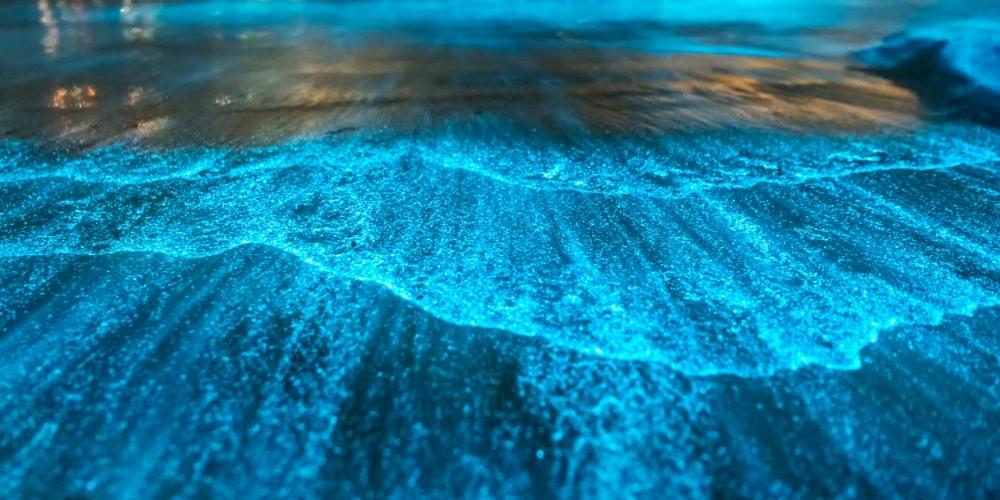 The ocean is known to be home to the world’s largest ecosystems, which contain a significant majority of species. However, because an estimated 80% of the ocean has never been charted, explored, or even seen by people, there is still plenty to learn and discover. To celebrate World Oceans Day on the 8th of June, we took a closer look at understanding bioluminescence, a natural phenomenon that makes certain beaches and bays around the world glow and glitter at night.

The chemical reaction involves an enzymatic reaction between two compounds, luciferase and luciferin. Luciferins as substrates are small molecules which upon oxidation bind to the enzyme molecules luciferases, catalysing the chemical reaction to produce visible light in different wavelengths. There are large distinctions of luciferin/luciferase combinations in different organisms with very few commonalities such as the role of oxygen in providing chemical energy and the release of carbon dioxide. Some reactions do not involve the enzyme luciferase; there has been a recently identified chemical called photoprotein combined with luciferins and oxygen in the presence of other agents to produce light in some species.

The ability of light emission in living organisms has been observed in about 10,000 species from 800 genera. A large diversity of bioluminescent organisms is found in the ocean: bacteria, phytoplankton, algae, jellyfish, worms, crustaceans, sea stars, fish, and sharks. In fish alone, there are about 1,500 known species that luminesce. In some cases, animals take in bacteria or other bioluminescent creatures to gain the ability to light up. Bioluminescence has evolved independently numerous times, ultimately providing living organisms with advantages in their ecosystems. It also serves numerous other purposes such as counterillumination camouflage (where animals such as squids use bacterial bioluminescence to hide from its predators), attraction of mates, mimicry of other animals to lure in prey, defence against potential threats and disturbances or illumination and communication between members of the same species. 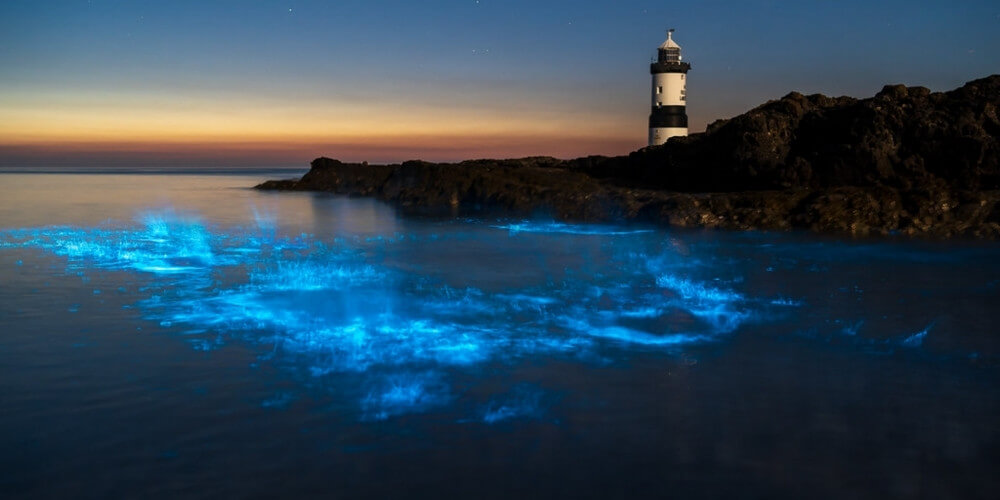 Understanding the role of bioluminescence in scientific advancements

Bioluminescence has intrigued the minds of scientists and researchers for a long time. Charles Darwin himself has taken a note of the phenomenon on the Southern shores of South America while aboard His Majesty’s ship Beagle during a circumnavigation of the globe between the years 1826 and 1836:

“While sailing in these latitudes on one very dark night, the sea presented a wonderful and most beautiful spectacle. There was a fresh breeze, and every part of the surface, which during the day is seen as foam, now glowed with a pale light. The vessel drove before her bows two billows of liquid phosphorus, and in her wake, she was followed by a milky train. As far as the eye reached, the crest of every wave was bright, and the sky above the horizon, from the reflected glare of these livid flames, was not so utterly obscure, as over the rest of the heavens.”

The more research that goes into understanding bioluminescence, the more impact it has on other sectors in research. It is applied in making advancements in fields such as genetic engineering. The luciferin/luciferase system is applied on reporter genes that can be identified easily due to fluorescence when attached to other genes allowing quantification in studying a specific gene. Crops and plants could also be genetically engineered to luminesce when they need water and nutrients. In the world of art, bioluminescence is used in a variety of artistic expressions – glowing installations hung in the dark spaces of museums, living drawings created using bacterial luminescence, or entire exhibits with large petri dishes full of glowing single-celled organisms in artistic structures.

The natural wonder of bioluminescence in the world oceans

In all oceanic habitats, shallow and deep, these marine bioluminescent creatures put up what may seem like a light show to our naked eye. On the coasts of Puerto Mosquito, Vieques in Puerto Rico, Toyama Bay in Japan, Sam Mun Tsai Beach in Hong Kong, Bermuda Waters, and many more, shores glitter in the night with living light that is bioluminescent organisms.

This natural marvel, however, is an evidence of evolution’s major role in demonstrating the accessibility of the bioluminescence ability to many living organisms in various points of their genotype, as their own trump card for survival in contributing to nature’s balance.